I inaugurated TfH with a long post about Mike Daisey’s unsurprisingly stereotypical portrayal of Foxconn. A dramatic monologue more “inspired by” truth (and by imaginary truths) than “reported.”

But even Fallows, an experienced reporter in China, savvy to the ways our fears and anxieties about China distort our perceptions, expected Foxconn to be more sweatshoppy—company towny, at the very least—than the apparently leisurely and accommodating facilities he toured.

Fallows responsibly notes that he spent only a few hours there, etc etc. Still, I can’t wait for his magazine article on this.

The ‘Are You Kidding Me?’ Apple News

Some JP Morgan economists are saying that the iPhone 5 will ensure Obama’s election.

Not really. They are saying that the iPhone 5 will stop the rise of the oceans and heal the planet.

In fact, they calculated that the iPhone 5 could add a whopping 0.5 percentage points to our 4th quarter GDP.

END_OF_DOCUMENT_TOKEN_TO_BE_REPLACED

I’m still confused about the DOJ price-fixing case against Apple and 3 biggo book publishers. Ken Auletta’s recent update in the New Yorker helped some, but didn’t get interesting until the end.

Good thing you’ve got a blogger with a twinge of time on her hands to summarize it for you.

END_OF_DOCUMENT_TOKEN_TO_BE_REPLACED

More backlash against Apple: the gummint is suing them, along with some major publishers, for colluding to artificially drive up e-book prices.

Ack! I’ve got ro-block! (The paralysis that occurs when two of the 3 laws of robotics conflict!) (If you can’t take the nerddom, get out of the Internet.)

Knee Jerk 1: I’m bookish! I side with publishers and want to keep as many types of books accessible for all, with publishers thriving enough to take risks for the good of Literature.

What’s a Thinker for Hire to do? 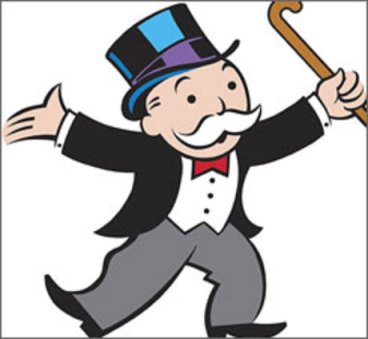 END_OF_DOCUMENT_TOKEN_TO_BE_REPLACED

Mike Daisey’s blog posts bumble between righteous indignation and sincere apology about the media storm surrounding him. Because he made up interviews and events for the This American Life broadcast of his monologue. And then lied to TAL fact-checkers about it. Despite the fact that all he was trying to do was raise awareness about the poor working conditions of the people that make Apple products. And people keep getting mad at him for it!

Thankfully, when his bravado receded, he sincerely and humbly apologized to journalists, to theater folks—especially those in the non-fiction and documentary genres—and to the human rights advocates working to improve the lives of people working in factories such as Foxconn, one of Apple’s key manufacturing partners in China. He apologized to his mother, to his grade school teachers, and to that one high school drama coach–the one who liked to wear eclectic scarves, or who brought an exotic pet, like a sloth, to rehearsals–that helped him believe in himself. He apologized to his cat.

But he didn’t apologize to the people of China—specifically, the Foxconn workers he interviewed—for misrepresenting them. And this omission proves the point I am about to make. END_OF_DOCUMENT_TOKEN_TO_BE_REPLACED